If you’re building a Ruby on Rails application and are in need of some forums functionality, you’ve most likely have looked into Beast. However, Beast is very limited in functionality (which I actually think is a good thing), so you might find yourself needing to extend Beast to do the things you want.

Fortunately, Beast has a plugin feature that will easily allow you to do this. In this post, I’ll cover how you would do this, using my StyleEditor plugin as an example.

First, let’s cover plugin file structure. This is what my StyleEditor plugin looks like:

Here are the important points to note:

You can see what the final source looks like here. Here are some things to note about this class:

I needed to create some new routes for my StylesController, so I used the route method of the Beast::Plugin class to install them:

I’m using the RESTful syntax to creating routes here, but you can also use :connect and named routes as well.

To update the Beast Schema, all I needed to do is to create a Schema class within the scope of your plugin class:

The code in install/uninstall methods will work just like the up/down methods in a typical migration class. There is an issue where there’s no support for handling db changes overtime – hopefully someone will find a nice way to handle this (any takers?).

At some point, you’ll want to do some quick tests to make sure your plugin changes are working as you expect them to, and try to test them from the console. If you have tried to this already, you’ll quickly find that your changes for some reason won’t work. Don’t fret, the reason why it doesn’t work is because the plugins aren’t initialize until the Dispatcher receives its first request. So, if you do want to test your changes in the console, you’ll need to run this command first:

Once you’re done with your plugin, you’ll need to install it. This step is pretty easy. First, install your beast plugins into vendor/beast, then run the plugin install method:

Some plugins might have some additional installation instructions, so I would suggest looking at the README file (and if you’re developing on a plugin, make sure to put your install instructions in the README).

It’s important to note that Beast plugin system is an evolving system, and the steps I laid out here are what worked best for me through the process of trial an error. I’d love to hear what conclusions others have come to in their plugin development exploits. If you want to get a better feel of what an actual Beast plugin looks like, you can check out the plugins that I’ve developed at http://svn.codeeg.com/beast. If you want to see what those plugins look like in action, you can check them out on Boardista.com.

I finally took the time yesterday to roll out a new blog design, as well as upgrade to the latest and greatest version of WordPress.  The theme is derived from Derek Powazek’s DePo Clean theme, which I chose for its clean and minimalist design.  The new theme also gave me the opportunity to highlight some of the projects I’m working on, which I’ll be posting about in the future.

I was reading Founders at Work, and found this great quote by Philip Greenspun:

To my mind, a programmer is not an engineer, because an engineer is somebody who starts with a social problem that an organization or a society has and says, “OK, here’s this problem that we have– how can we solve it?” … That’s engineering. If you look at civil engineers, architects, they’re all dealing directly with the customer and going through the whole process.

It’s hard to describe it any better than that.

I signed onto Facebook this morning and was surprised to found that I had reached a major milestone in my bookmarking activity without even knowing it. 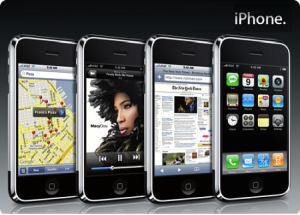